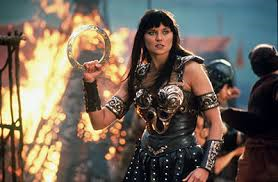 As a substitute for the Degree of Freedom podcast I didn’t have time to put together this week, I’d like to talk about an educational podcast that has become a favored learning activity since finishing my One Year BA.

Last summer, I kind of drew a line with regard to what constitutes a course in our online-learning age, with podcasts clearly falling on the non-course side of that line.

This is not to say podcasts can’t have educational (even transformative educational) value.  To cite one example, my fascination with ancient history was kindled by listening to Mike Duncan’s History of Rome which begat a broader interest in classical history and philosophy, which ultimately begat the choice of a philosophy major for my One Year BA.

Philosophy is an interesting subject to look at from a podcasting perspective since it’s a broad enough field to be dominated by not one but three very different programs, including:

Unlike most ‘casts that make it a point not to try their audience’s patience past the 20-30 minute mark, Partially Examined Life episodes run for an hour and a half (minimum) to over two hours.  And rather than serving up scripted stories or structured interviews, PEL gives four guys “who once wanted to do philosophy for a living, then though the better of it” (and occasional guests) a chance to engage in dialog/shooting-of-the-sh*t about a particular thinker or topic in depth with time left over for plenty of digressions, including the occasionally ribald banter. (OK – That last sentence was clearly crafted for them to quote on a future show.)

I discovered PEL when that Saylor Foundation course in Existentialist philosophy I’ve took (and keep talking about) required me to listen to what they had to say about Nietzsche, Heidegger, Sartre and Camus.  And after months of being lectured to one voice at a time, it was refreshing to eavesdrop on four guys who clearly savored the chance to work out their own ideas about various topics before a wider audience.

Actually, refreshing does not do justice to an educational pedagogy used by a group of guys who probably never used the phrase “educational pedagogy” (except to mock those who speak or write it – which I guess now includes me).  For listening to a PEL podcast means listening to people “doing” (rather than just talking about) philosophy.  For whether it’s Mark Linsenmayer going on a tear, Wes Alwan acting the grumpy sage, Seth Paskin “bringing us back to the text” or Dylan Casey finding a way to work quantum mechanics into a discussion of Socrates, the guys engaging in these conversations clearly yearn to have their most fundamental ideas, opinions and beliefs challenged.  In fact, the only thing that seems to get them all riled simultaneously are folks like the Ayn Randians or New Athiests who pretend to be doing philosophy when, in fact, they are doing something else entirely.

As PEL helped me make it through a frigid winter and alleged spring, I began to rethink the hard line I took with regard to what role podcasts can play in non-traditional but still structured education.

To begin with, the show has inspired a number of people (including Lucy Lawless of Xena and Battlestar Galactica fame) to return to school to study philosophy (which landed her a guest spot on a PEL episode that looked at the philosophy of celebrity – and gave me an excuse to use the photo at the top of this story).

Other non-scholars who have demonstrated interest and facility in a particular subject have also made appearances on different PEL episodes, as have “pros” such as professors and grad students (such as Katie McIntyre, a doctoral candidate from Columbia participating in the discussion on Foucault I’ll be rejoining in a few minutes when I get into my car).

I say “participating,” but really I’m just listening, meaning I’m learning but not necessarily “doing” philosophy when I tune into PEL as I drive from place to place.  But here is where the show begins to cross the line from generic content provider to educational platform.

To begin with, each show comes with a recommended (and manageable) reading list that, while not required, means many people listening to a discussion are better prepared to learn than your average passive podcast listener.  And discussions on the PEL blog are quite robust and sophisticated (which has turned the comment boards into a recruiting ground for guest experts).

But what really has me intrigued is a program they introduced on their web site called Not School which allows PEL Citizens (those who pay a minimal subscription fee) to participate in special set-aside (i.e., troll-free) discussion commons where members get to form groups, choose a topic and participate in their own philosophizing on a subject of their choice (with occasional visits by members of the PEL team as time allows).

To a certain extent, this structure facilitates some of the students-teaching-students dynamic that should recall memories of the original vision for massive open learning.

But it should also trigger memories of an earlier philosophical era when any Greek who wanted to bill himself as a sage could hang a shingle and begin teaching students his own new flavor of how life and the world should be examined.  For back in the day (i.e., 2500 years ago), philosophy wasn’t something done at universities, but rather took on the roles today played by lifelong learning, public entertainment and the self-help movement.  And while I don’t expect any members of the PEL team will ultimately be forced to drink hemlock, at five million downloads they have successfully tapped into a deeply seated and widespread yearning many of us have to subject our assumptions, beliefs and ideas to rigorous cross examination.